Tasly Cordyceps Capsule is extracted from oddly shaped mushroom which grows natively in China and all around the Tibetan area.

For years cordyceps was thought to be a living worm rather than a mushroom and was nicknamed the caterpillar fungus as it is seen growing on the sides of trees. It is actually a fungal spore that kills insects such as caterpillars and moths and feeds off their tissues.

This Capsule was made to ease the complications involved around the Cordyceps mushroom in relation to old Chinese medical books from ancient times found in Tibetan medicine. 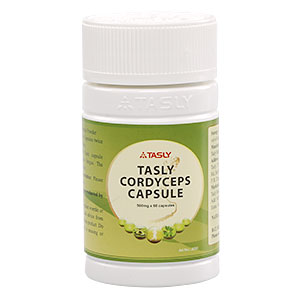 Popularity in the western world has since been spreading when the coach of the record breaking Chinese female runners credited it with the teams extraordinary success.

Today, Tasly Kasly Pharmaceuticals as well as many other researchers still believe it to be one of the most powerful performance and longevity promoting herbs.

Give Tasly Cordyceps Capsule a try today, you can now easily get yours today, Order a Bottle and join in the long list of testimonials on on Agora.com.ng.

This product comes from totally natural resource which has immunoregulatory function with no hormones or other stimulants. It is effective for Respiratory and cardiovascular patients.

It can also successfully assist in the treatment of hepatitis and liver cirrhosis. Helpful for cancer patients and for those easily fatigued.